I spent last year building and tweaking a Karn/Robots Commander deck. I didn't get much of a chance to actually play with the deck due to the pandemic, but collecting cards was a fun ride. I wanted to do something different this year, something that's been on my mind for a while. 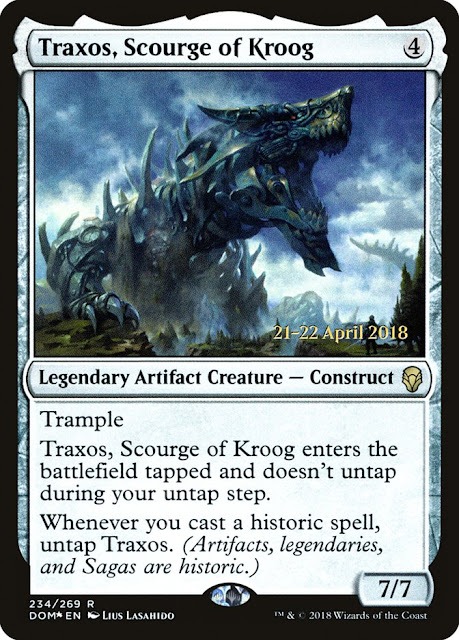 Another thing I did last year was track all of the changes to the "average" Karn deck on EDHRec. It's not transparent what's happening at EDHRec, but basically you can ask the site to return an "average" deck based on all of the decks in the database. You can restrict the deck to "cheap" or "expensive," which appears to simply return the bottom 10% of decks and the top 10% of decks respectively based on whatever internal pricing system it is using.

What's clear is that the sample size for Karn is too small to make much sense for the bottom or top 10%. The overall average deck is reasonable, but contains strange cards choices. It's interesting to see that the "wisdom of the crowd" doesn't always run the most effective card in a given slot, even when the card is less expensive ($).

This year, instead of building my own deck, I wanted to literally play the average deck. I expect lots of strange (sub-optimal) card choices. I also expect to find some new cards or synergies I may not have noticed otherwise. To get a larger sample size, I'm using Traxos instead of Karn. Traxos is the most popular artifact colorless commander on EDHRec. Kozilek is the most popular colorless commander, but is not an artifact. I'm not saying I'll never switch it up, but I wanted to stick with robots.

Since I only collect/play colorless cards in Commander, I had most of the cards already. I'm starting with the "budget" or "cheap" version of Traxos, which is made up of the bottom 10% of decks in the database. The TCGPlayer Direct price is $61.

Posted by Eric Petracca at 1:42 PM