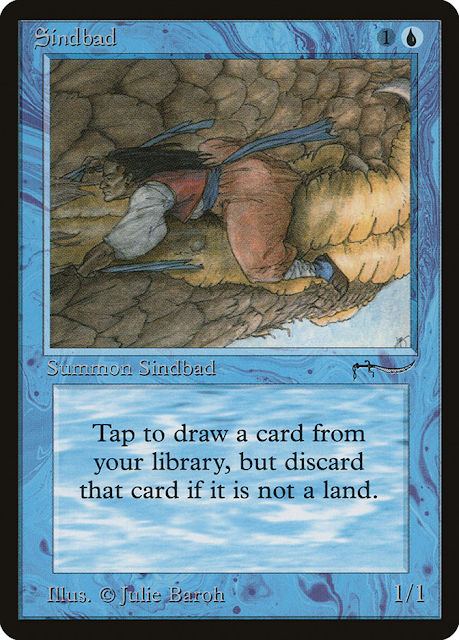 I had the opportunity to play the Sindbad Old School Commander list a few times over the past few months. When I originally built the list, it was too defensive. I didn't play how it played out. It felt weak.

After testing it out a few times, I swapped out some of the defensive cards for creatures! That did the trick. Putting some creatures out there made the deck more interactive on the board and created more opportunities to move the game along.

The deck is stronger in this configuration.

My current list is at TappedOut. Click here to see it. Remember, this list is Old School AND Commander legal except that Sindbad is not officially a legendary creature.

Here is the list of swaps from my original test list. This will give you an idea of how the deck moved into a more aggressive posture. 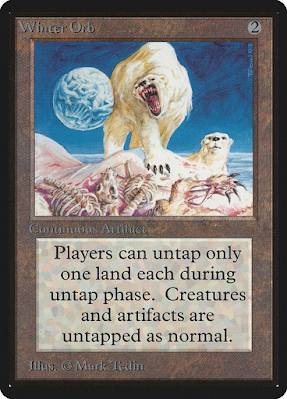 Winter Orb is a helluva Magic card. It probably deserves a slot. Drain Power never seemed to give my the type of swingy turn I was hoping for when I planned the deck out. The higher creature count makes Sword of the Ages work well for closing out games when things get stuck on the board. I'm not sure Ring of Renewal is better than Book of Rass. It depends when it shows up. The right answer might be to run both.

I keep meaning to update my list on TappedOut with the actual versions of the cards I've collected, but haven't gotten around to it.

The trick for using Sindbad's ability to is evaluate if you already have a land drop to make. I made the mistake when I first started playing of activating Sindbad's ability whenever I could. It seems obvious now, but what ends up happening is you have a handful of lands and a graveyard full of the stuff you needed to win the game. Instead, now I only active Sindbad if I am going to miss a land drop. This makes a world of difference. 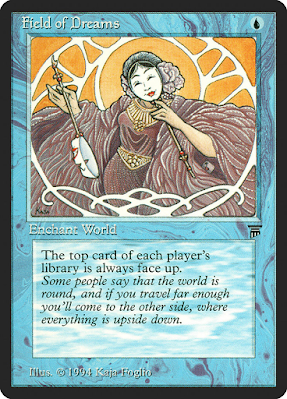 If you have a card out like Field of Dreams or Library of Leng, you can do all kinds of tricks with Sindbad because you have more information over what's on top. That's when things get really fun because you can use his ability to clear bad draws (for example) or to strategically stock your graveyard depending on what's happening in the game.