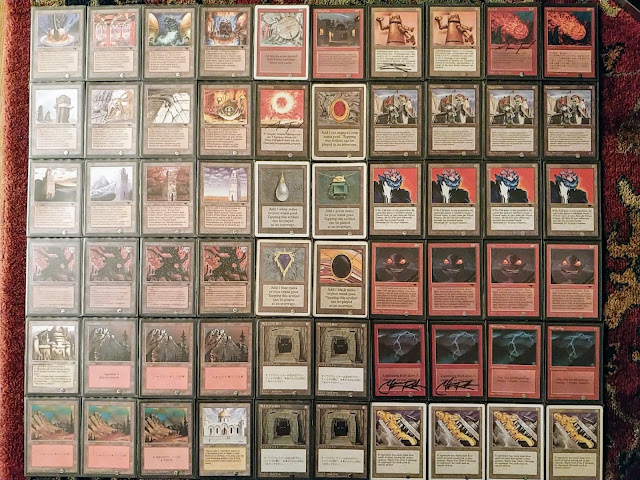 In February, I played this. Old School, baby.

With only 8 Red mana sources (1 Hammerheim + 6 Mountains + 1 Mox Ruby), hitting red mana was inconsistent. Running the full Urza lands also meant that not only was I fighting for red mana, but I also went with Factories over Strip Mines. Eternal Central Old School rules really wants 4 Factories and 4 Strip Mines in a deck like this, but that probably means not running the Urza lands. Other than a pair of Fireballs, ramping into tons of mana doesn't do much here anyway. Next time, I just need to run more Mountains and the full 4 of Factories and Strip Mines.

Slamming huge Atogs into people was as much fun as I imagined. I'd like to run this again with more Mountains, a Shivan Dragon, Chain Lightnings, and a Shatter or two. There's always next time.
Posted by Eric Petracca at 6:22 PM No comments: