The annual "travel far and gather" trip happened over this weekend. I'm fortunate to see these guys on a regular basis, but it's always nice to spend some time away with them playing games and talking. This year on our trip, I thought it would be fun to hold an Old School tournament!

Since most of the guys are gamers, but aren't into Old School specifically, I modified the rules to make the format more accessible.

There were six of us facing off for the prizes pictured below. Prizes were reverse drafted, where the player with the lowest rank after round-robin would choose first. 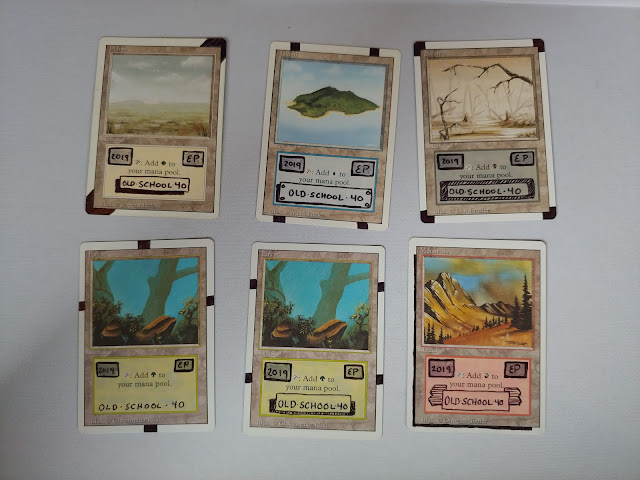 Here are the results. 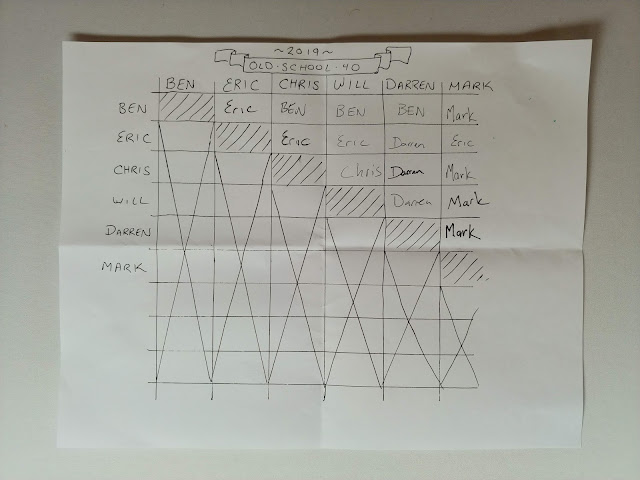 This was a fantastic way to spend more than a few hours with friends. The deck construction rules helped to reduce the cost of building decks and focused the strategies around one or two key concepts. Players were mostly able to stick to using old school art and it felt like playing Magic with friends in days gone by.

Here are the decks everyone played.


Here are some pictures of the action. 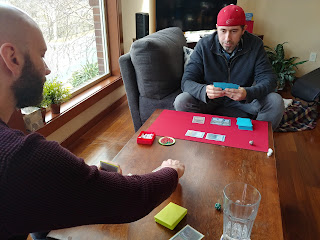 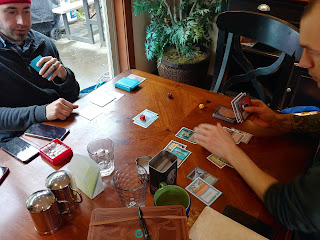 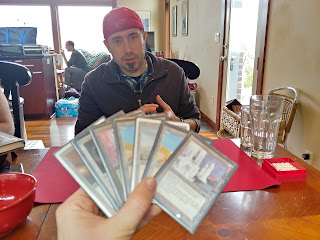 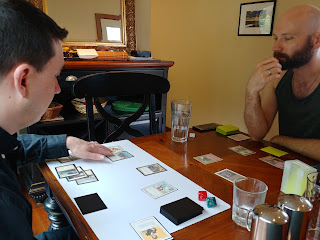 Posted by Eric Petracca at 3:41 PM No comments: