Old School MTG: Living the Dream with the Northern Paladins 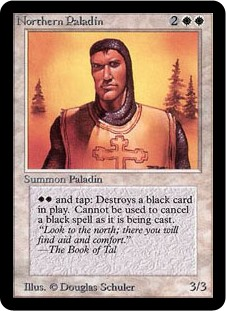 Over the past few months, I've been able to work my schedule to join the Norther Paladin Old School Magic Club for the Tuesday Night Gauntlet (webcam) event a couple of times. It's been a blast!

The Paladins run a fun, casual event on Tuesday night. There's no entry fee, so the stakes are low in this three round tournament. They also have liberal reprint and proxy rules, which makes testing out new decks easy. It also makes it inviting for new players who may not have all the cards. The discord channel for the Paladins is active on Tuesday night with lots of great Old School talk.

If you want to join in (you should!) read up on the modified deck construction rules. They ban/restrict a few cards you are probably running (in multiples) in your other Old School format games. The idea is to open up deck construction space and add some variety to the format. I think it works well.

In my first event, I played this deck: 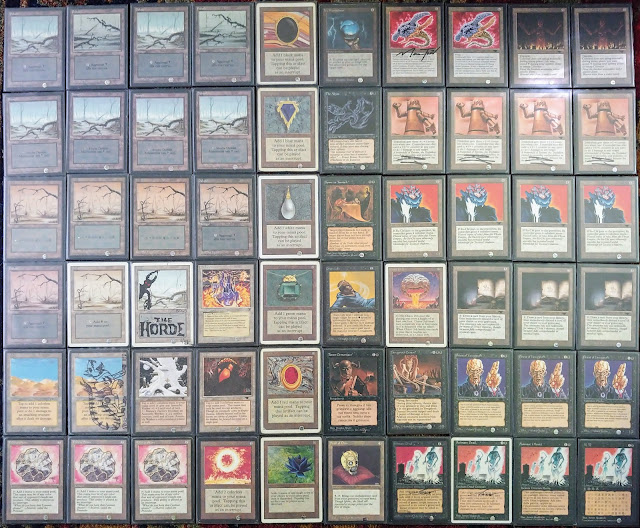 It's my Robot Reanimator deck. I went 2-1. I did get to beat down with Yawgmoth's Demon, which was sweet. I also finally pulled off the Priest+Su-Chi+Drain Life synergy I had been planning for months.

In my second event, I played this deck: 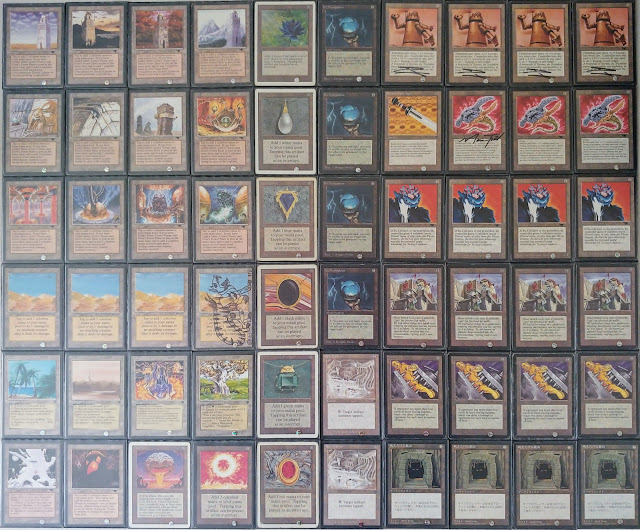 It's my aggressive Legendary Lands Robots deck. I went 2-1 again, losing to a sweet Bazaar/Reanimator list that was bonkers with Animate Dead and All Hallow's Eve!

I also played one other time just by jumping into the discord on a random night and seeing if anyone was available for a pick-up game. I played this deck: 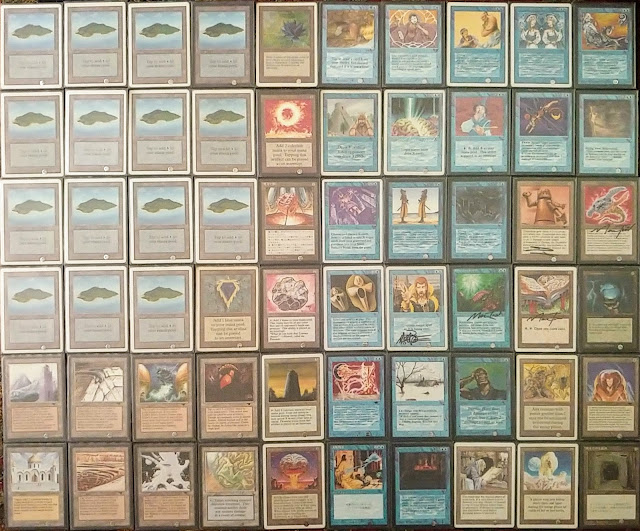 With the pandemic still in full effect, there understandably hasn't been any in-person events in my area. Having a go-to Tuesday night Old School webcam event is a godsend. The Paladins run the event really well. Round timers are strict, but the event has a casual vibe. Everyone I've played with has been great! And I've met people from across the country who love Old School. Maybe I'll see you there.