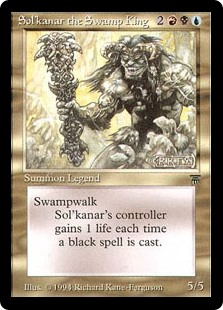 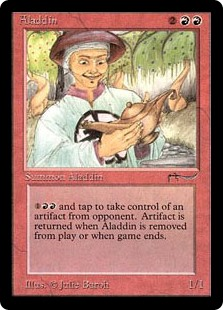 The Sentinels maintain a set of rules for playing Brawl format in Old School. It's a kick in the pants. If you're looking for something new to try, check it out. The banlist is short. The games are full of variance.

Ben and I had a chance to give the format a try recently using a webcam. He brought his Sol'Kanar the swamp king deck. I brought Aladdin. We ended up going 2-2 before calling it a night, but one of my wins was on the back of Ben keeping a two mountain hand and drawing nothing for the first six turns. Otherwise, I felt like I was on the back foot the entire time. Aladdin played like a bad combination of an aggro deck with some light control elements and a defensive deck trying to draw things out for a big X-spell finisher. Not great, but fun games! Lots of decisions. And not just that, decisions that mattered. The format is good at producing those kinds of games. 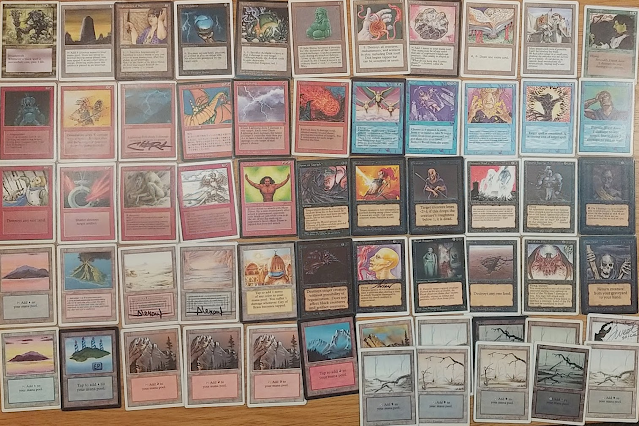 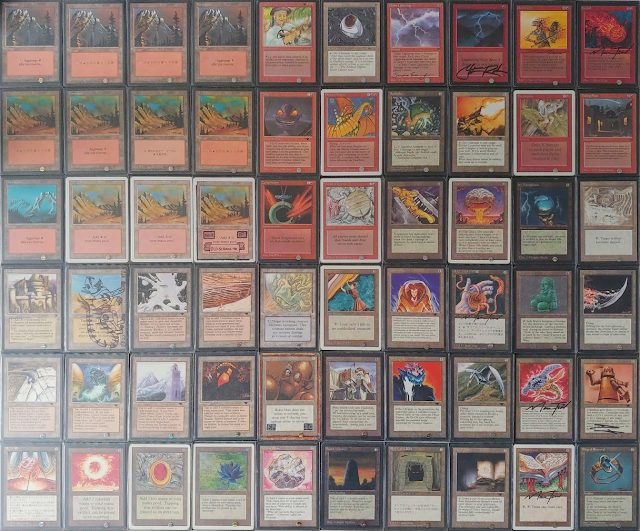 I successfully used Falling Star on a Royal Assassin at one point. Whew. Saved. 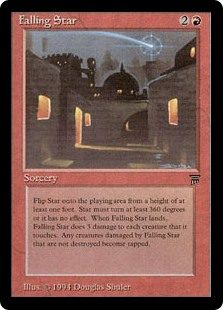 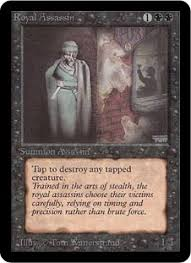 Posted by Eric Petracca at 5:26 PM